“The Columbia is the most powerful river in the world.” This is what Joe Barreca, president of The Heritage Network, said to me as we walked the bluff above the massive river below, where Fort Colvile used to stand. Yes, the Columbia is the most hydrologically powerful river in the world due to its volume and the elevation; but Joe wasn’t just referring to the river’s powerful water flow. The Columbia River has altered the course of history – for the inhabitants of Washington State and the world.

Soon after David Thompson, a fur trader from the North West Company, arrived at Kettle Falls on the Columbia River in 1811, he discovered a way to navigate all the way to the river’s mouth at Astoria. This discovery was more than just a faster way to move furs to the coast; it was the final link in a global trade distribution route. Furs that reached the Pacific were shipped to China, where they were traded for china that was then shipped to Europe and traded for iron, which would then make its way back to America, where the cycle would start all over again. The Columbia River sparked one of the first global trade deals, and with it, rising fortunes of the northeast corner of Washington – today’s Stevens, Ferry and Pend Oreille Counties.

The area around Kettle Falls was rich long before the arrival of David Thompson. As I started my tour of the Tri County area with Joe Barreca, he pointed out that Native Americans had thrived in this region for millennia. “While the Roman Empire rose, fell and rose again, these guys lived sustainably for 10,000 years.” During the summer salmon runs, they’d pull as many as 1700 50-pound salmon out of the river every day. The “salmon chief” would allow a great number of salmon to go up over the falls before he would allow fishing to begin to sustain the fishery. 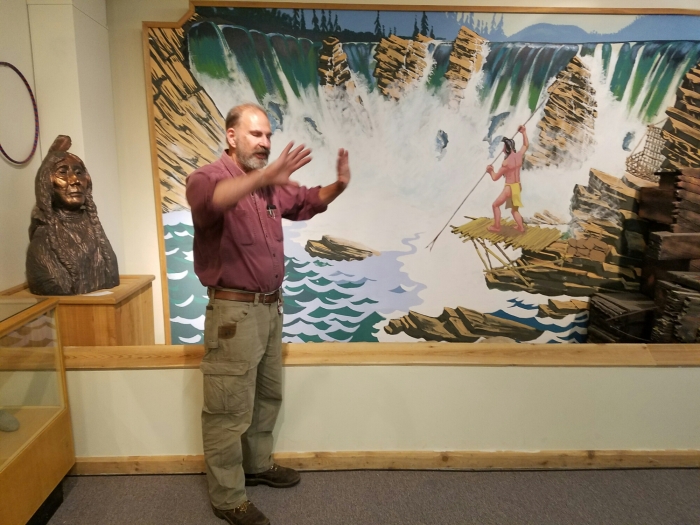 In the century after Thompson’s arrival, new settlers arrived and industries emerged. Out of the fertile land along the river sprouted more than 100 different varieties of apples and other fruit. In 1852, Joseph Morel, a Hudson Bay employee who settled along the Colville River, discovered gold at Waneta – leading to a mass migration of gold miners up from California. Timber and minerals from the surrounding hills were transported to other parts of the world – via the Columbia, and later the Corbin Railroad. Though at the expense of the area’s original people, the new inhabitants of northeastern Washington prospered in the late 19th and early 20th centuries.

While I was getting this history lesson from Joe, I couldn’t help wondering about the disparity between this region’s past prosperity and its current economic status. Ferry, Stevens and Pend Oreille Counties regularly rank among the most economically distressed counties in Washington State. What happened?

“They destroyed what would have been the bread basket of the Northwest,” said Joe, looking out over Lake Roosevelt, which was created when the Columbia River was backed up more than 100 miles with the construction of the Grand Coulee Dam in the late 1930s. More than 30 river towns were flooded, and thousands of people were relocated by the creation of the reservoir. The dam also blocked the migration of salmon and other fish upstream to spawn. The flooding of northeastern Washington’s Columbia River valleys also explains why Wenatchee, and not Kettle Falls, is known as the “Apple Capital of the World.”

“We were sacrificed for the power of the rest of the region,” continued Joe, as he and I stood at the Sharpening Stone, where Native American fisherman used to sharpen their salmon spears. 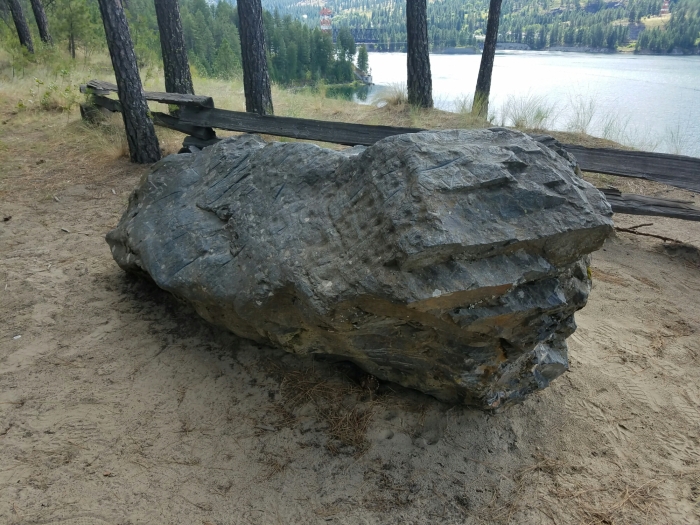 The Sharpening Stone above the Columbia River

I might be worried about Tri County prospects if I wasn’t aware of current economic trends in Washington State. With agritourism and outdoor recreation on the rise, the fortunes of the region are less and less tied to the industries responsible for its economic boom a century ago. Jon Snyder from the Governor’s Policy Office for Outdoor Recreation & Economic Development recently pointed out to me that outdoor recreation contributes to $2.6 billion in economic activity in Washington State – rivaling aerospace and software. As railroad tracks are converted to bike trails, kayaks replace logs on the Columbia and “farm-to-table” becomes part of our lexicon, I expect natural wonderlands like the northeast corner of Washington to thrive.

Last month, Erich Ebel from the Washington State Historical Society told me that, “people are gravitating toward heritage tourism.” As they do, towns like Kettle Falls and Colville need to find ways to surface the unexpected treasures locked within their museums. You’ll find more than just catalogued artifacts within their walls.

Before we started our drive from Colville to Kettle Falls, Joe took me through the Stevens County Historical Society’s Museum. They have an entire room dedicated to one of the most interesting 20th century artists I’ve seen, Leno Prestini. This Clayton, Washington artist’s work defies categorization, but some describe it as surreal and eccentric. No matter how you describe it, Prestini’s art is not to be missed if you’re traveling through Stevens County. I’d even say that it’s a reason to make Colville a destination. 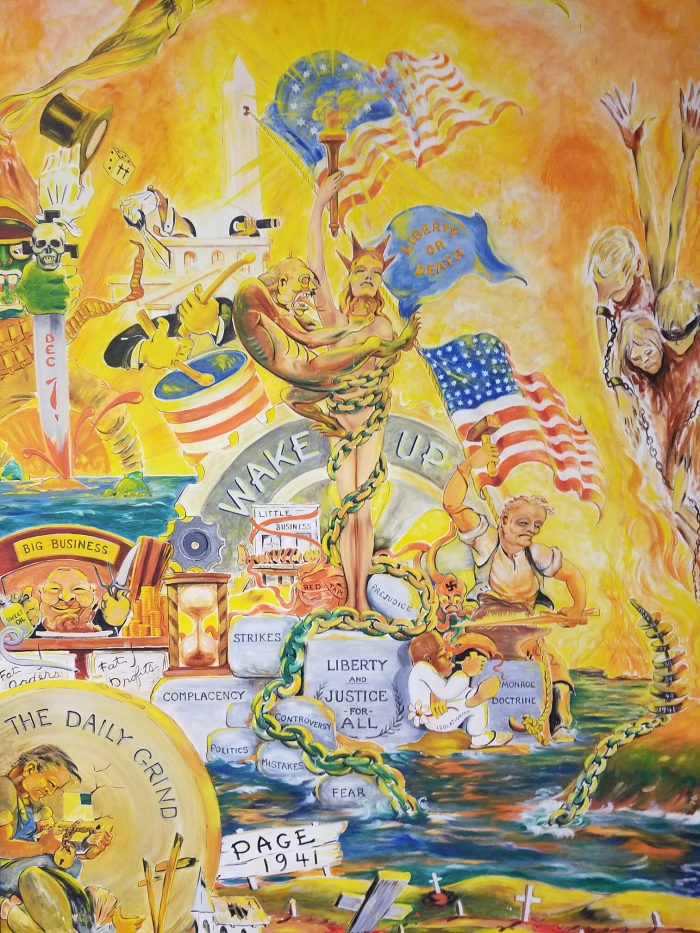 My afternoon with Joe Barreca was one not to be forgotten. It was a lesson in history, sociology, economics, cartography and art. It’s fitting that Shelly Stevens from the Tri County Economic Development District calls Joe a “walking encyclopedia.” I encourage you to check out the Historical Society’s Museum. If you’re lucky, you’ll run into Joe when you do. Ask him about the Columbia River.

The river valley outside of Colville, WA

3 thoughts on “The Rise and Falls of the Columbia  ”